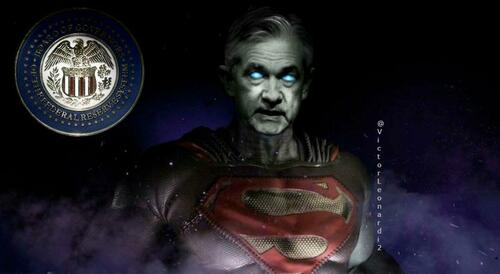 Stagflation, sinking labor productivity, severe levels of public and private debt, a splintered real estate market…  You name it.  The economy’s crashing and burning like an old Cutlass Supreme.

There’s nothing the central planners can do to fix it.  No plans or schemes will get the tired jalopy to fire on all cylinders.  A blown head gasket is replaced and the very next day the spark plugs are fried.  Replace those and a piston ring blows.

At some point, it’s beyond salvage.  The only sensible choice left is to scrap the old buggy at the junk yard.

Similarly, scrapping the central planners that are responsible for this economic mess is the right thing to do.  They’ve created a very disagreeable situation.  One that will take several generations – or more – to reconcile.

In this vein, the time has come to purge the rot.  To reckon the mistakes of the past.  To burn off the many distortions that have piled up like dead forest wood.  We’ll have more on this in just a moment.  But first some context is in order.

The past 40 years have been an era of heavy handed central economic planning by way of interventionist monetary policies.  The past 14 years, ever since Ben Shalom Bernanke let the QE genie out of the bottle, has taken this intervention to the extreme.

From the death of Lehman, and through the Great Recession, repo madness, and the coronavirus panic, the Federal Reserve’s created upwards of $8 trillion in credit out of thin air.  The economy and financial markets have come to depend on it.

Yet now the Fed is handcuffed by raging consumer price inflation.  Deliverance by printing press money must wait.

At the same time, financial markets are in the midst of an ugly, long-duration collapse.  The Dow Jones Industrial Average (DJIA), for example, peaked out on January 4 at closing high of 36,675.  Now, as of Thursday’s market close, it’s at 30,333.  Down over 17 percent.

By our estimation, the stock market still has much, much further to fall – and over an extended duration.  Perhaps by Q1 2024 the bottom will be in.  At the moment, there’s more pain to come.

Half Measures Avail Nothing

The DJIA’s decline, as you can observe by looking at a simple price chart, is not a graceful swan dive down into the abyss.  Rather, it’s more akin to a rubber ball bouncing down the stairs.  Try shorting it, and a bear market squeeze will crush your capital.

And speaking of capital being crushed.  The real smashing and gnashing is not happening in the stock market.  It’s happening in the bond market.  The yield on the 10-Year Treasury note is 4.24 percent – a 15 year high.  When the year started it was just 1.76 percent.

Do you think it’s possible for borrowing costs to rise by this scale and magnitude over such a short duration without crashing the economy and financial markets?

To be clear, crashing the economy and financial markets – i.e., breaking stuff – is the point of the Federal Reserve’s rate hikes.

Half measures avail nothing.  The Fed must go all the way.

For example, consumer price inflation, as measured by the consumer price index (CPI), is rising at an annualized rate of 8.2 percent.  The federal funds rate is somewhere between 3.00 and 3.25 percent.  Aborting rate hikes now would allow inflation to run riot.

No doubt, Fed Chair Powell diddled around in 2021 as inflation was manifesting within the economy as a result of the massive coronavirus panic printing press operation.  The Fed, in concert with the Treasury, and at the will of Congress, created this mess.

But, at least for now, the Powell led Fed is fully committed to fighting inflation…

Contemplating a bacon and egg breakfast plate reveals two types of commitment.  That of the chicken.  And that of the pig.

You may know this allegory.  The chicken’s involved in providing for the breakfast.  It provides the eggs.  But the pig’s fully committed to it.  For the pig must perish to provide the bacon.

Fed Chair Powell, like the pig, is fully committed to more rate hikes.  What’s more, the Bank of England and the European Central Bank must follow – whether they like it or not.

Certainly, the globalists at the United Nations don’t like it.  Last week, for example, the UN attempted to show a united front.

One of its agencies, something called the United Nations Conference on Trade and Development (UNCTAD), released its annual report on the global economic outlook.  Inside, it demanded the Fed and other central banks halt interest-rate increases.

According to the UNCTAD planners, hiking interest rates, “would reverse the pandemic pledges to build a more sustainable, resilient and inclusive world.”

Are price controls more socially desirable than interest rate hikes as a means for lowering inflation?

The question, of course, is absurd.  Price controls don’t lower inflation.  They cause supply shortages and drive inflation higher because they destroy the impetus for production.

In short, the fundamental problem with price controls is that they contradict reality.  Nonetheless, UNCTAD central planners, in the Marxist tradition, are enamored with them.

Without question, the Fed’s interest rate hiking operation will break stuff.  That’s its purpose.  That’s the Fed’s means for cleaning up the wreckage from the past.

It may not be pleasant.  But it must be done.  Moreover, half measures will not do the trick.  They’ll only make things worse.  Here’s why…

“Liquidate labor, liquidate stocks, liquidate farmers, liquidate real estate… it will purge the rottenness out of the system,” advised Treasury Secretary, Andrew Mellon, at the onset of the Great Depression.

“High costs of living and high living will come down.  People will work harder, live a more moral life.  Values will be adjusted, and enterprising people will pick up from less competent people.”

It’s too bad President Hoover, and later President Roosevelt, didn’t listen to the callous words of Mellon.  Their attempts to bailout the economy by confiscating gold, debasing the dollar, imposing price controls, and executing stimulus spending programs, succeeded in turning a downturn in the business cycle into a 10-year economic depression.

We don’t like it.  But we can’t deny it.  There’s significant pain coming no matter what.

The choice comes down to accepting less pain now by allowing interest rate hikes to do their work or risking complete collapse of society through an epic hyperinflationary blowout two years from now.

The DJIA is down over 17 percent year to date.  Treasuries are getting hammered.  The yield on the 10-Year note is at a 15 year high.  Existing U.S. home sales have crashed to an 8 year low…

…and the effects of operation break stuff have only just begun.

We’ve provided ample warning and strategies for our readers to prepare for what’s coming.  If you’d like to learn more about several unconventional investing ideas for protecting your wealth and financial privacy, take a look at the Financial First Aid Kit. 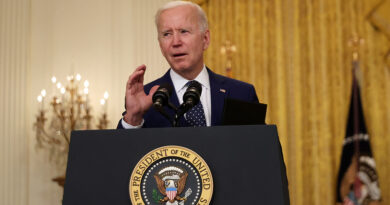 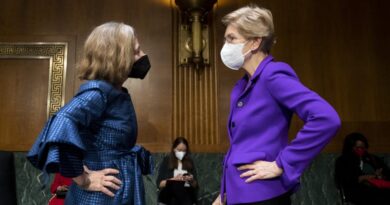