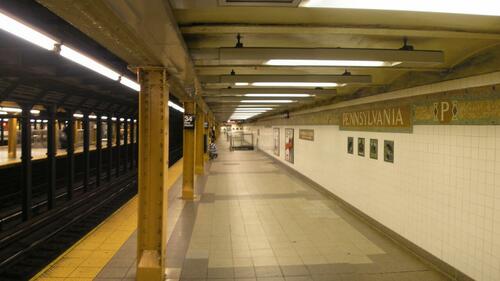 Two weeks before the 2022 midterms, fear of crime is second only to worries over inflation and recession. Both issues – personal security and economic security – affect voters directly. They arise every time voters ride the subway, walk down a dark street, pay the cashier at the grocery, or fill up their truck. That’s why survey after survey says they are the top issues motivating voters this November. That’s bad news for Democrats. Pollsters say Republicans hold huge advantages on the economy, inflation, and crime, the issues that matter most to voters.

Since crime is essentially a local issue, why does it hurt Democrats running for national or statewide office? Because the Democratic Party has associated itself with the notion that “social justice” and “racial equality” require fundamentally changing policing and incarceration. The problem, they say, is police, not criminals. In practice, that means Democrats, especially progressives, favor weaker law enforcement, easier conditions for bail (even for those charged with violent offenses), and less funding for police officers. That message was encapsulated in the slogans “defund the police” and “reimagine policing,” which took hold in 2020 after George Floyd was killed by a Minneapolis cop.

Not all Democrats embraced this self-defeating fad. Joe Biden, notably, spoke out against it. But progressives marched in lock-step, and their policies became the party’s dominant message on crime. Not just dominant, uncontested. Left-wing prosecutors ran on that message, won in city after city, and implemented it with disastrous effects. They had strong backing from state and local Democratic politicians. Pushback inside the party was tepid, for fear of alienating white progressives as well black leaders and activists.

Now Democrats are stuck with the consequences on the streets and, soon, at the ballot box. The party’s “soft on crime” image has become a political albatross, which candidates cannot readily discard. They are weighed down for two reasons. First, they hold power nationally and in almost every major city, so voters hold them responsible for bad outcomes. The party’s unwillingness to enforce basic laws and protect the public is exemplified by the porous Southern border, a deliberate policy choice by the Biden administration. The result has been an unprecedented influx of illegal immigrants (some 2.4 million in the last fiscal year alone), plus a surge of deadly drugs. Mexican cartels have reaped billions in profits, five or six times as much as they made before Biden threw open the border.

Second, when the movement to defund police was at its height, no prominent national Democrats were willing to push back forcefully. That means candidates today cannot appeal to the public on these issues. None chose to follow Bill Clinton’s path during the 1992 presidential campaign, when he denounced Sister Souljah’s openly racist statements. None, including Joe Biden, were willing to become the pro-law enforcement face of the party, to denounce widespread rioting during the summer of 2020, to urge a crackdown on arsonists, looters, muggers, carjackers, and killers. Far from it. When Democrats held their nominating convention in Milwaukee that summer, they remained silent about the violence. Biden chose as his running mate a California senator who personally urged her Twitter followers to send money to a Minnesota nonprofit that helped post bail for protestors accused of breaking the law.

Voters get the point – and they don’t like it. They link the rise in crime to Democratic policies, to their unwillingness to make public safety a high priority, to their refusal to enforce the law. They don’t believe candidates who blame these problems mainly on bad policing or “systemic racism.” Voters do recognize the serious problems plaguing poor, minority communities and, for some six decades, have supported social-welfare programs to address them (with uneven results). But that doesn’t mean they accept crime, especially violent crime, whatever its social roots.

Voters are saying they want more public safety, which means more policing, not less. They don’t think their position is racist because they want fair, unbiased treatment of blacks, whites, Hispanics, and Asians. They don’t want to ignore persistent poverty and crime in inner cities. They want effective programs to deal with them. But they do not believe, as progressives do, that these problems are somehow due mainly to “white supremacy.” On the contrary, voters have witnessed a steep, long-term decline in those noxious attitudes.

On criminal justice issues, Americans see sharp differences between the two major political parties. They know Republicans have long favored more support for law enforcement, more funding, and more policies like “broken windows” policing, which seek to reduce crime by punishing minor offenses before the perpetrators succeed and move on to larger ones. They know Democrats have consistently opposed these policies and dismantled them in cities they govern. They can see the results for themselves.

The Democrats’ message on crime is failing for another reason: They control the cities where crime is rampant. Voters around the country see the connection, and it hurts Democrats everywhere. The pain is compounded because the party has no good answers about what to do next, aside from more spending on social services and mental health (which are badly needed) and controlling guns (which faces formidable constitutional obstacles, as well as practical obstacles since millions of people already own millions of guns).

Voters aren’t inventing their fear of crime. They see it daily on local news, followed by interviews with the victims’ anguished families. They see videos of local stores being ransacked by organized gangs – none ever arrested. They see it firsthand when they walk into Walgreens and have to ask a clerk to unlock the Plexiglas case to get a tube of toothpaste. They see it again when they walk on local streets, trying to avoid homeless camps, open-air drug markets, and discarded needles.

National data tells a similar story. Violent crime, in particular, has reached record levels. The problems are not limited to big cities like Chicago or Philadelphia or progressive bastions like Seattle, Portland, and San Francisco. Small and mid-sized cities face the same problems, without the media spotlight. In 2022, the FBI’s Uniform Crime Reporting Program lists the ten most dangerous cities as Little Rock, Memphis, Tacoma, Detroit, Pueblo, Cleveland, Springfield, Lansing, Kansas City, and Chattanooga. Democrats govern all of them except Chattanooga, whose mayor does not list a party affiliation. Once again, voters have no trouble making the connection.

The desire for better law enforcement became national news earlier this year when San Francisco voters recalled their uber-progressive prosecutor, Chesa Boudin. Savvy Democrats saw that as a warning. But by then, it was too late for many of them. They were locked into weak positions on crime. There wasn’t much they could do besides change the subject. 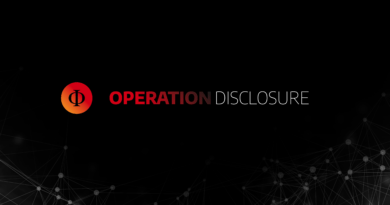 (Reader: Rishi) An AI-based Analysis of Tweets vs. News 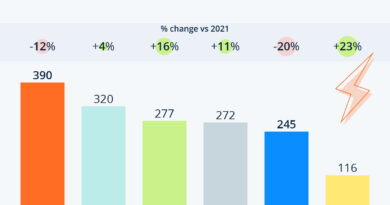