AN election-manipulating dirty trickster has set up a fake minor party to trick Victorians into helping Dan Andrews retain power.

The Sack Dan Andrews Party has been set up by “election consultant” Glenn Druery, a specialist in using Victoria’s so-called group voting ticket (GVT) system in the Upper House to channel the flow of preferences.

The GVT consists of a list of written preferences that parties instruct the Victorian Electoral Commission to adhere to when distributing votes. It allows micro-parties to be elected with just a few hundred votes or even fewer.

Druery used it at the last election to give Labor control of the current Upper House of the Victorian Parliament. He previously worked as chief of staff with Derryn Hinch’s party.

Without winning control of the Upper House, Labor would be forced to compromise most of its legislation, and be held accountable for its radical left anti-family policies such as that which now allows schools to help “transition” children to a different gender without the family’s consent.

Andrews’ radical gender policy also criminalises parents and others who attempt to counsel or stop children going through the process. But Druery, who gets handsome commissions for “working his magic” on preference flows, the only thing that counts is keeping Labor in power.

Druery doesn’t want the Liberal-National coalition to win power because they are expected to get rid of the group voting ticket, which would ruin his election fixing business. He claims he would help the Liberal-Nationals gain power, but only if they pledged not to change the GVT system.

In a leaked video of a Zoom call, Druery said he wouldn’t support anti-gay Christian candidates, although he is reported to be supporting the “anti-abortion” ex-Labor Party wheeler-dealer Adem Somyurek who is running for the Democratic Labor Party (DLP).

The secretly recorded call has been make public by Heston Russell of the Angry Victorians Party and has been widely circulated. Heston told Avi Yemini of Rebel News that Druery sets up parties with cash and pushes those voters to whoever he wants. Druery charges a $5000 signing fee and $55,000 per winning seat that he arranges preferences for.

The Liberal Party’s candidate for Mulgrave, Michael Piastrino, told Yemimi the situation was “corruption at the highest level” and disgusting.

According to The Spectator Druery could arguably be in contempt of Parliament for unduly influencing an MP through having a financial lien on them by garnishing a sizeable part of their salary in return for getting them elected. The Victorian Liberal party will refer Druery’s activities to the state’s Independent Broad-based Anti-corruption Commission. 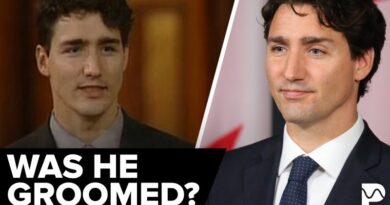