A little more than a week after the Trump campaign urged Facebook parent Meta to lift the ban on the former president, the social media giant has agreed to reinstate him on both Facebook and Instagram after a two-year ban, according to Nick Clegg, Meta’s president of global affairs.

“We’ve always believed that Americans should be able to hear from the people who want to lead the country,” Clegg said.

“We don’t want to stand in the way of that.”

“Social media is rooted in the belief that open debate and the free flow of ideas are important values, especially at a time when they are under threat in many places around the world. As a general rule, we don’t want to get in the way of open, public and democratic debate on Meta’s platforms — especially in the context of elections in democratic societies like the United States.

The public should be able to hear what their politicians are saying — the good, the bad and the ugly — so that they can make informed choices at the ballot box. But that does not mean there are no limits to what people can say on our platform. When there is a clear risk of real world harm — a deliberately high bar for Meta to intervene in public discourse — we act.

We know that any decision we make on this issue will be fiercely criticized. Reasonable people will disagree over whether it is the right decision. But a decision had to be made, so we have tried to make it as best we can in a way that is consistent with our values and the process we established in response to the Oversight Board’s guidance.”

Interestingly, Meta’s Oversight Board wrote its own blog post distancing itself from the decision:

Today’s decision by Meta is a pivotal moment in the debate over the best way to handle harmful content posted by politicians on social media.

Today’s decision to reinstate Mr. Trump on Meta’s platforms sat with Meta alone — the Board did not have a role in the decision.

As Nick Clegg noted, “I am the the ultimate decision maker on these kinds of issues in the company.”

Trump was banned from the platform shortly after the Jan. 6 Capitol riot.

The reinstatement of Trump’s accounts will allow him to run ads via his Facebook and Instagram pages, which have 34 million and 23 million followers, respectively.

That said, Clegg warned that “We just do not want — if he is to return to our services — for him to do what he did on January 6, which is to use our services to delegitimize the 2024 election, much as he sought to discredit the 2020 election.”

Trump’s accounts will not be reinstated immediately, as Meta engineers will need time to build in nanny capabilities to restrict certain posts or ad capabilities in the future, if needed.

The former president will be subject to new policies governing accounts by public figures during periods of civil unrest – under which Meta can restrict the account for between one month and two years.

Interestingly, Trump has an exclusivity deal with his social media company, Truth Social – which requires him to “first channel any and all social media communications” to Truth for at least six hours before cross-posting the content to other platforms, according to SEC filings. That agreement expires in June, according to Rolling Stone, which notes that it would be right around when Republican primary season begins to heat up. 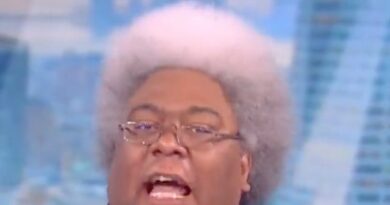 Elie Mystal: All Republicans ‘Know How to Do’ Is Lie — They Are ‘Willing to Sell Out the Country’