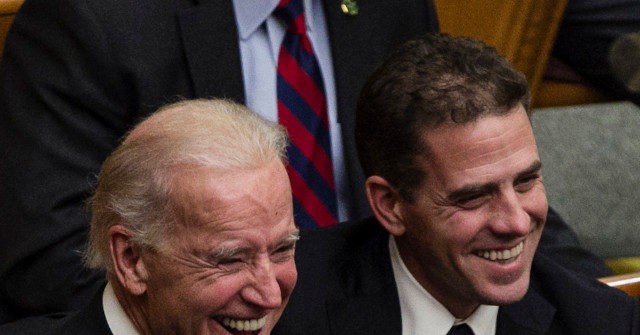 A new poll from Rasmussen Reports has found that most likely voters believe that former Vice President Joe Biden benefitted from controversial business deals reached by his son, Hunter Biden. According to data from the poll, 54 percent of “likely U.S. Voters believe it’s likely that Biden was consulted about and perhaps profited from Hunter’s overseas business deals including at least one involving a company in mainland China.” Despite those that strongly believe Biden benefitted, 44 percent “very likely” consider that Biden benefitted from those deals. Contrary to those that have suspicion, 38 percent stated they “unlikely” believe that Biden was involved with his son’s dealings. An estimated 21 percent responded  they believe it is “unlikely at all.” Of those that disapprove of President Trump’s leadership, 50 percent stated they believe it was ‘very or somewhat likely’ corruption took place in those deals. Twenty-seven percent disagreed, saying that corruption was “not very likely” and 11 percent said they believe corruption was “very unlikely.” Eleven percent said they believe there was no corruption at all. Twelve percent stated they were unsure about whether corruption took place. The survey was comprised of 1,000 likely American voters and was conducted between October 22 and 25, 2020