The post John Wu – The Blockchain Is For Everyone: How Avalanche Is Winning The Race To Democratise Finance appeared first on London Real.

END_OF_DOCUMENT_TOKEN_TO_BE_REPLACED

The post Max Keiser – Bitcoin, Bernanke, Buffett: Why Bitcoin Is The Answer To Centralised Finance appeared first on London Real.

END_OF_DOCUMENT_TOKEN_TO_BE_REPLACED

The post Andreas Antonopoulos (aka Bitcoin Jesus) – Episode 2 – How the unprecedented worldwide crisis in Central Banking system led to the growth of Bitcoin appeared first on London Real.

END_OF_DOCUMENT_TOKEN_TO_BE_REPLACED

Brian Rose for Mayor of London I had an amazing time at The Oval in Lambeth, as well as broadcasting Live From The Digital Battle Bus on YouTube and Instagram in.Lewisham and Southwark! I’d love to hear your thoughts in the comments below on our tour and whether you think it’s right that political campaigns are being silenced by the overzealous interpretation of guidance. We face dark times, and perhaps the most difficult crisis this city has ever encountered. Every borough in London has its unique challenges and your next Mayor of London must be on the ground to understand the issues you are facing, including how: Our economy is locked down Knife crime is at nightmare proportions We have limited affordable housing Air pollution is killing our children Our mental health is suffering Our transport system is bankrupt And our very democracy is under threat Londoners deserve better. We deserve a leader who cares about people, takes action, and solves problems. Together I am confident we can make London a world-class city once again. Each day during our tour, we will be hosting livestreams, filming vlogs and inviting virtual Q&A questions. If you would like to submit a

END_OF_DOCUMENT_TOKEN_TO_BE_REPLACED

On my weekly Real Deal show I recently discussed why investing in families is the key to our future as a city, and how the current Mayor of London’s failure to do so has left our children to carry the burden. Join me as I take an in-depth look at how our current Mayor has failed to address key concerns over housing, crime and education, issues that are imperative to the fortunes of many families, in dealing with the challenges of raising children in the city of London. My Mom was a single parent who worked incredibly hard to ensure myself and my siblings were given every opportunity possible, but it was challenging and as a father myself I understand that ultimately, we all want to provide the best for our children. For some however, that is just not possible without the right support network. We have a situation in London, where even those in full-time employment are struggling to make ends meet and little is being done to address the problem. Cuts in spending have resulted in the breakdown of community support, through extracurricular events and activities. Youth clubs, boxing gyms and support centres are struggling to survive, and with that comes a

END_OF_DOCUMENT_TOKEN_TO_BE_REPLACED 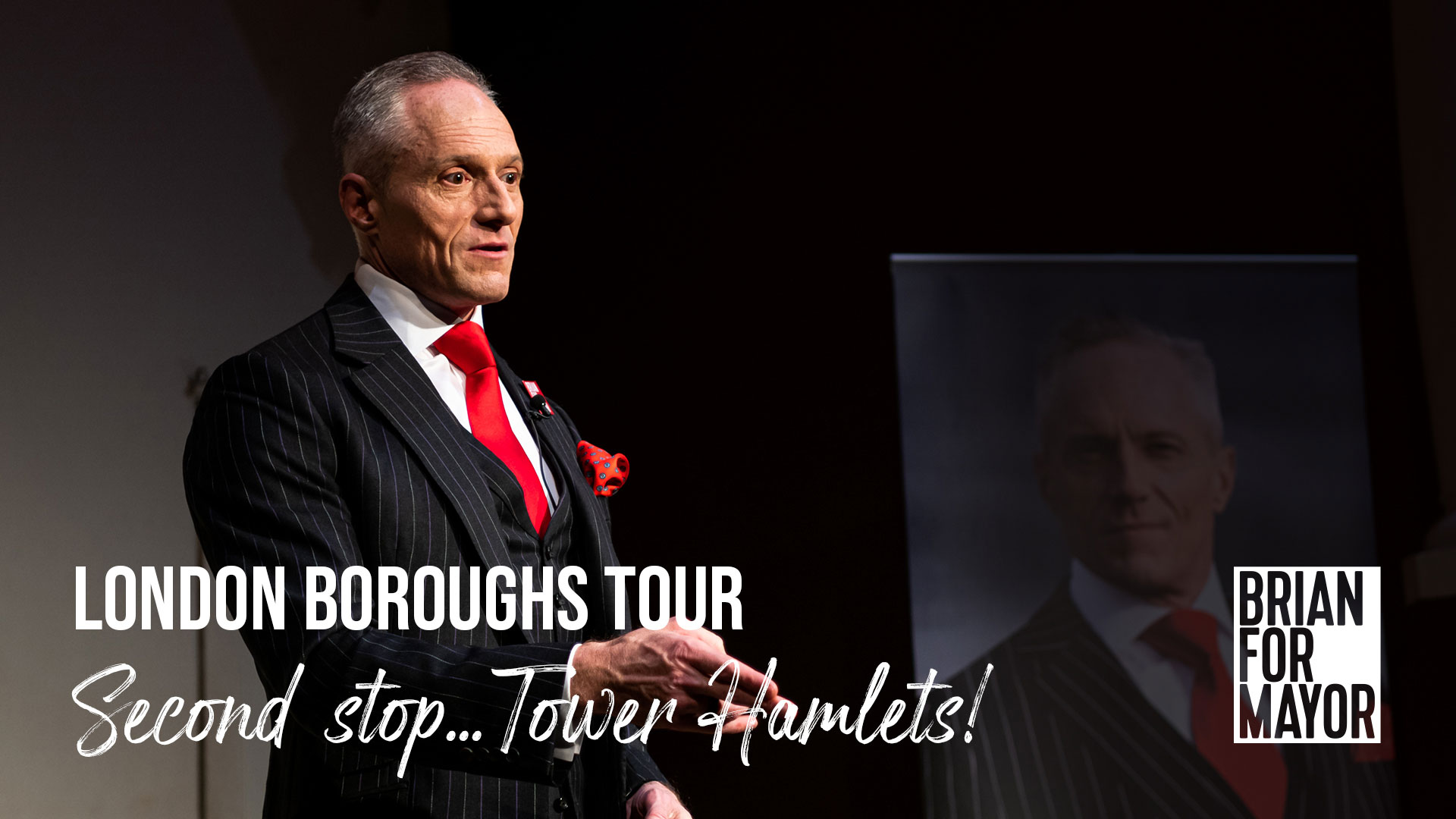 After the success of our first tour event in Hackney, we hit the road once again last week to visit the borough of Tower Hamlets. It’s such a pleasure to finally get out there and speak to you about the problems, issues and challenges you are facing within your community. I would also like to add that aside from meeting you and listening to what you have to say, this is an incredibly important process for myself. I want to truly understand what it is you need most from your Mayor. Too little is being done in the communities that are the lifeblood of this great city. Problems are mounting and when you consider all that 2020 has brought us, we have to move quickly to prevent an even greater fallout. Unlike our current Mayor of London, I intend to follow through on the promises I make and to ensure that I am of service to each and everyone one of you. We are living through extremely difficult times, but, I believe with the right leadership, and by working closely TOGETHER, we can make London a world-class city once again. Since Sadiq Khan became Mayor: Poverty has increased along with

END_OF_DOCUMENT_TOKEN_TO_BE_REPLACED 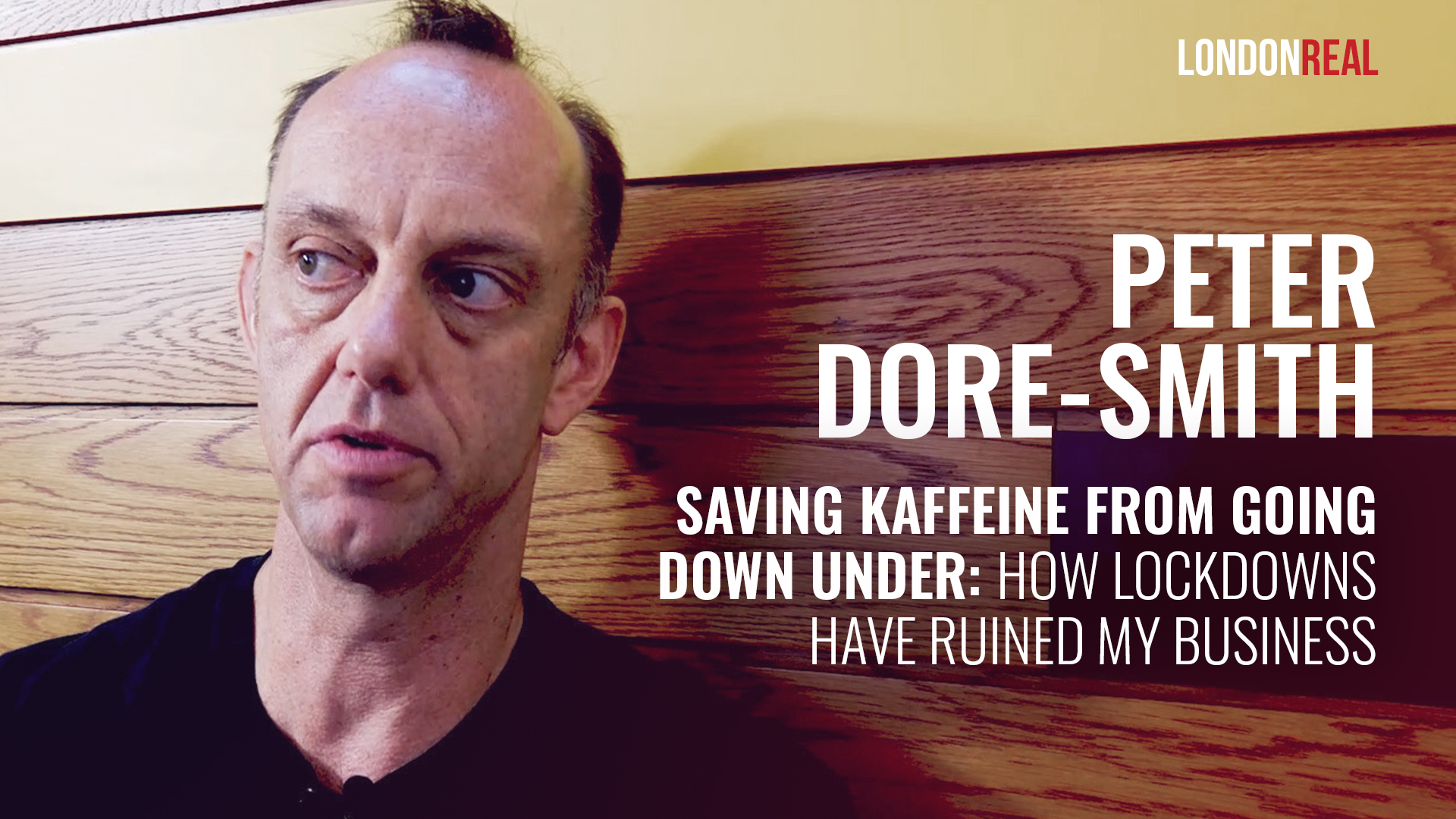 Peter Dore-Smith has worked in the hospitality industry for 35 years. Originally from Melbourne, he made his way to the UK and worked at a number of large venues and sporting events, before branching out and creating his own Coffee house empire. Peter is the proprietor of Kaffeine and runs two busy shops in Fitzrovia right in the heart of London. However, like many small business owners across the world, his livelihood was placed in serious jeopardy earlier this year. With no tourists and office workers staying at home, London became a ghost town, leaving Peter facing the stark prospect of high rents, eager staff and no income. Peter knew something needed to be done and rallied Westminster Council to allow more outdoor seating for cafes, restaurants and bars, as soon as the green light to reopen was given. The council duly obliged and this small victory meant Peter was able to accommodate more customers, allowing him to keep members of staff in work and slowly but surely claw back some of that lost revenue. However, as winter is upon us and the looming threat of a serious second wave increases, it’s becoming clear that we have to find a

END_OF_DOCUMENT_TOKEN_TO_BE_REPLACED 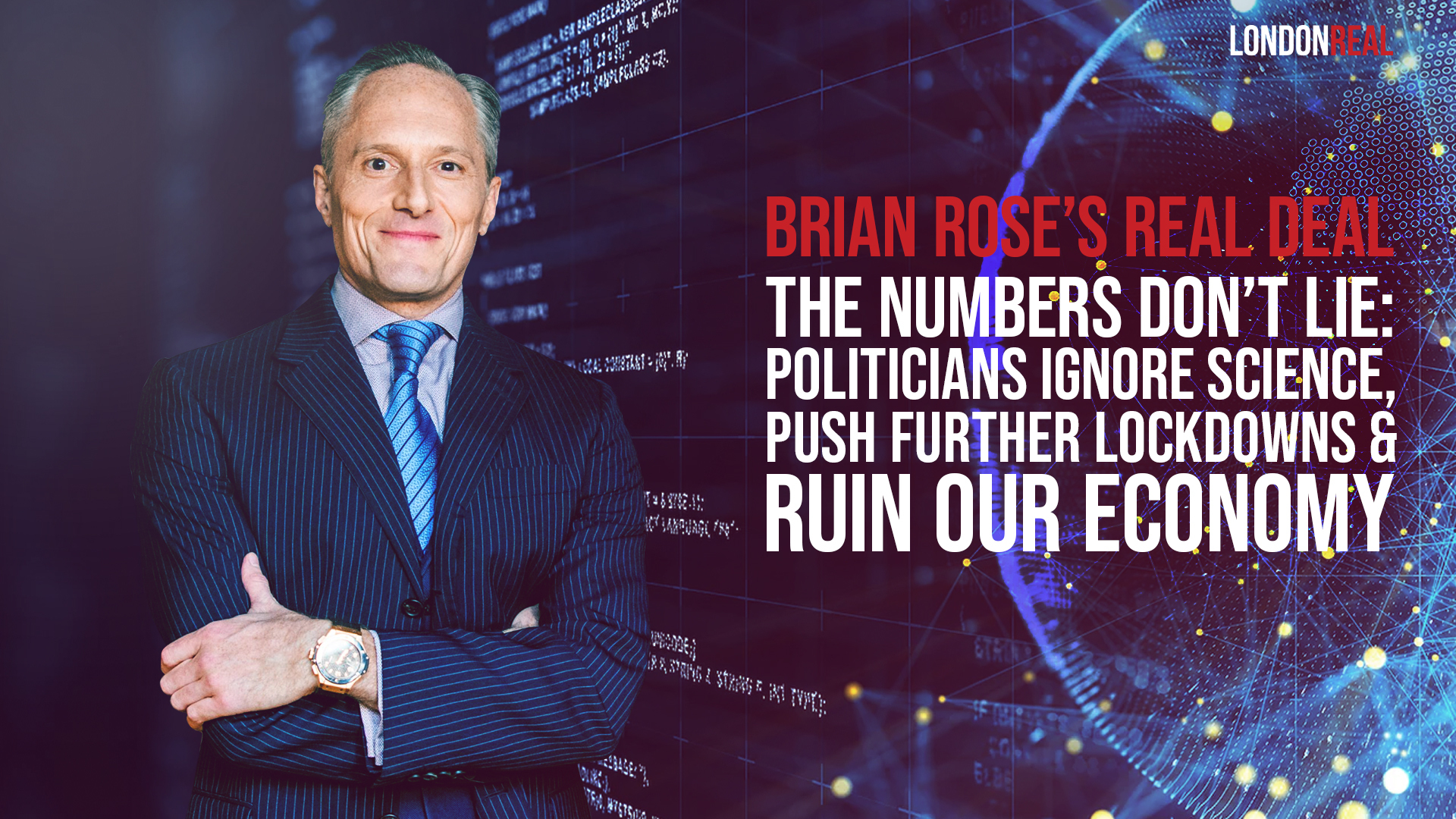 Hi, This week I am talking about the lack of science behind the lockdown, the data that the mainstream media keep focussing on every day and why the numbers don’t lie… but how our current crop of politicians, broadcasters and journalists manipulate the figures to push the narrative of fear. As you might be aware, I have announced my candidacy for Mayor of London 2021 with a raft of policies aimed at opening up our economy and reinvigorating our great city. Yet I also see that the press gleefully report the rise in “cases” every day while our incumbent mayor has pushed for a new lockdown in London despite the fact that only 3 daily deaths attributed to Coronavirus were reported in London on Wednesday this week. That’s why in this week’s episode, I highlight the issues with the ways in which data is being reported, the lack of science behind the government’s policies and why our mayor’s lack of fiscal responsibilities has led him to kowtow to these draconian policies simply to get another financial bailout for the city. Join me as I discuss: Why the increase in testing has had a demonstrable impact on cases being reported Why

END_OF_DOCUMENT_TOKEN_TO_BE_REPLACED 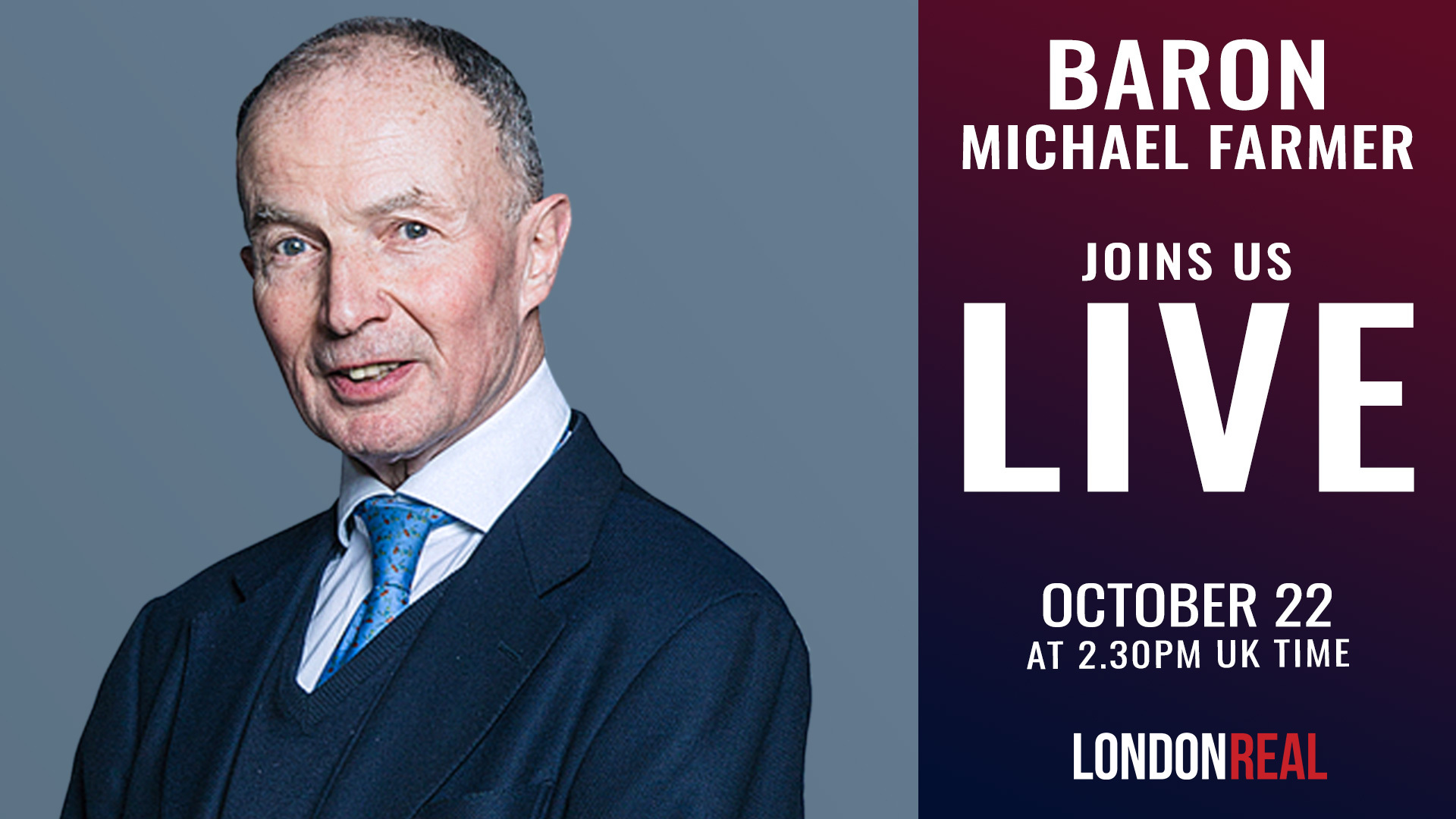 Lord Michael Farmer is the businessman, philanthropist, former Conservative Party treasurer, and member of the House of Lords. Starting his career as an account clerk, in the London Metal Exchange in 1963 at age 18, earning £8 a week, today he is one of the founders of the Red Kite Group, a metals trading and investment firm with $2 billion in assets. In 2014, he became a Baron and took a seat in the House of Lords, and has been active in championing policies that strengthen families, fight homelessness and domestic abuse, and advocate prison reform. He has also used his 50 years’ experience in the City, to inform good practice & new regulations for the financial markets, while also being a staunch advocate of Britain leaving the European Union. His maiden speech in the House highlighted women’s homelessness, domestic violence and the challenges of social exclusion, while his vocal contributions to welfare and prison reform continued the tone of family stability and the impact and importance of stable relationships. Informing his determination to bring about such change and strengthening that resolve was a shift in thinking that can only be characterised as a late in life understanding of the

END_OF_DOCUMENT_TOKEN_TO_BE_REPLACED 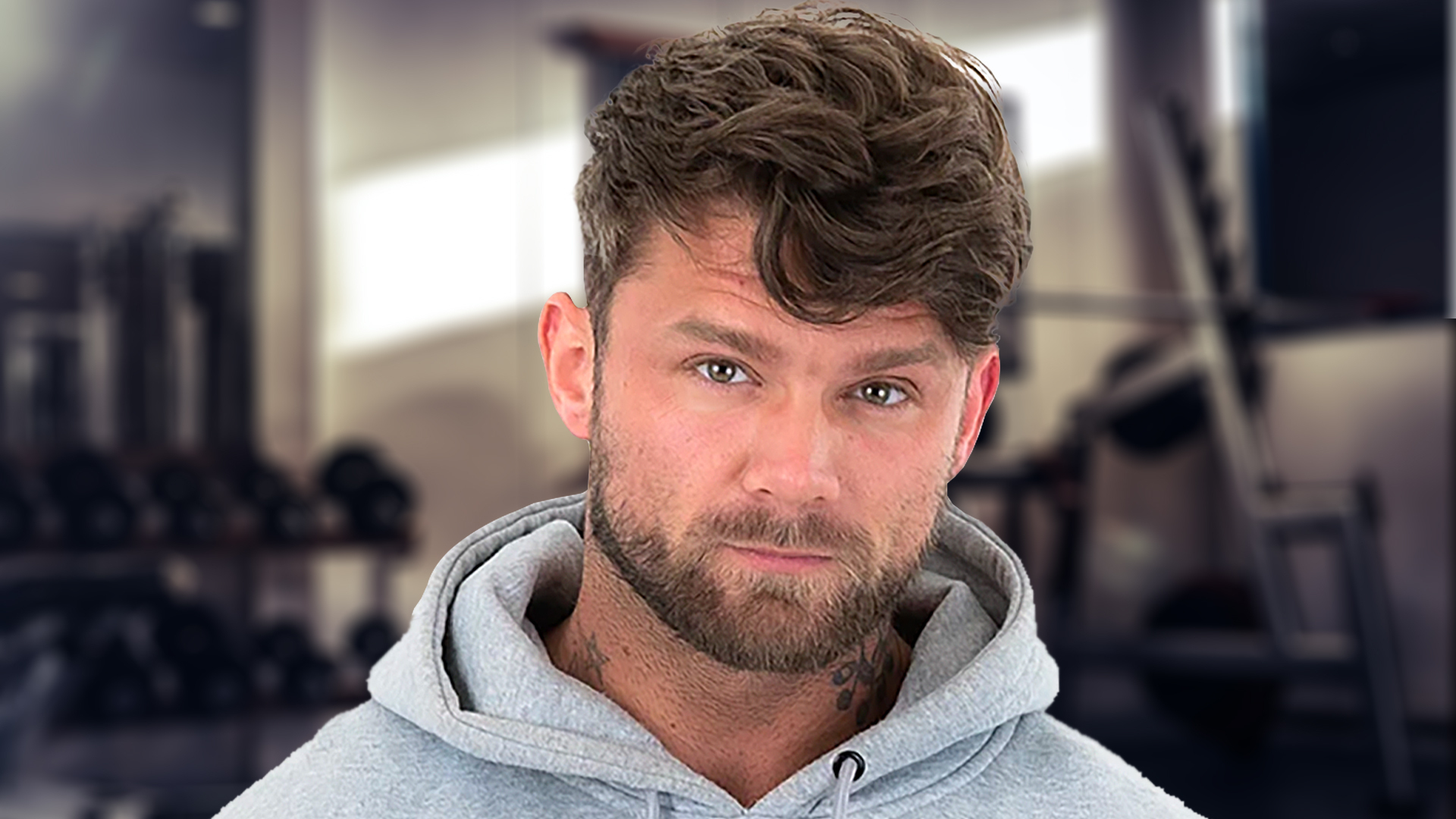 These are frustrating times for Nick Whitcombe. The owner of Body Tech Fitness Gym and Raw Iron Clothing in Liverpool recently made national headlines after the armed police attended his gym and issued him with a £1,000 fine after refusing to close in response to new lockdown rules. Last week, Liverpool went into Tier 3 as Northern cities like Manchester and Leeds were also hit with similar measures. The impact on Liverpool has meant gyms, bars and restaurants have been forced to close during this two-week period. Since then, Nick has joined forces with several other gyms in Liverpool to stand up against the Government and has remained open. Despite the warnings that fines would double every three hours, Nick continues his stance and has been supported by a GoFundMe page called ‘Save Liverpool’s Gyms’ which has raised over £50,000 and continues to rise. This lockdown has been responsible for contributing to myriad detrimental effects to people’s mental and physical health, with male suicide at an all-time high in London, and exercise has been a release for people during these uncertain times. However, Nick has been keen to keep people mentally and physically active by providing members with a free