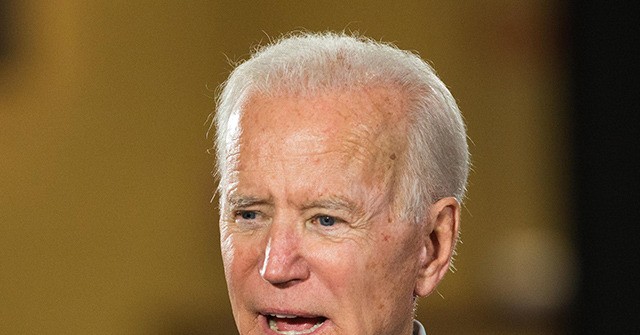 Former Vice President Joe Biden said on Tuesday during the CNN Democratic presidential debate that President Donald Trump and the Republican Party have “savaged his surviving son” Hunter Biden with “lies” about his business dealings in Ukraine.

Wolf Blitzer asked, “Vice President Biden if you’re the nominee, is it going to be harder to run against President Trump if he’s been acquitted and able to claim vindication especially after what he said about your family?”

Biden said,  “It’s irrelevant. There’s no choice but to for the Nancy Pelosi and the House to move. He has, in fact, committed impeachable offenses. Whether the Senate is for them to decide, by the way, I’m told that I say we have to unite the country, and it will be harder after this trial. It may be.”

He added, “But look, I understand how these guys are —this Republican Party —they have gone after, savaged my surviving son, gone after me, told lies your networks won’t carry on TV because they are flat out lies and I did my job. The question is whether or not he did his job? And he hasn’t done his job. So it doesn’t really matter whether or not he is gone after me. I have to be in a position I think of the American people. I can’t hold a grudge. I have to be able to not only fight but heal. And as president of the United States, that is what I will attempt to do. Notwithstanding, there is going to be a more division after he’s defeated by me this next time.”

UN appeals for $477 million for refugees in Sudan

Exclusive — Mike Rowe: ‘We Have to Make Work Cool Again’