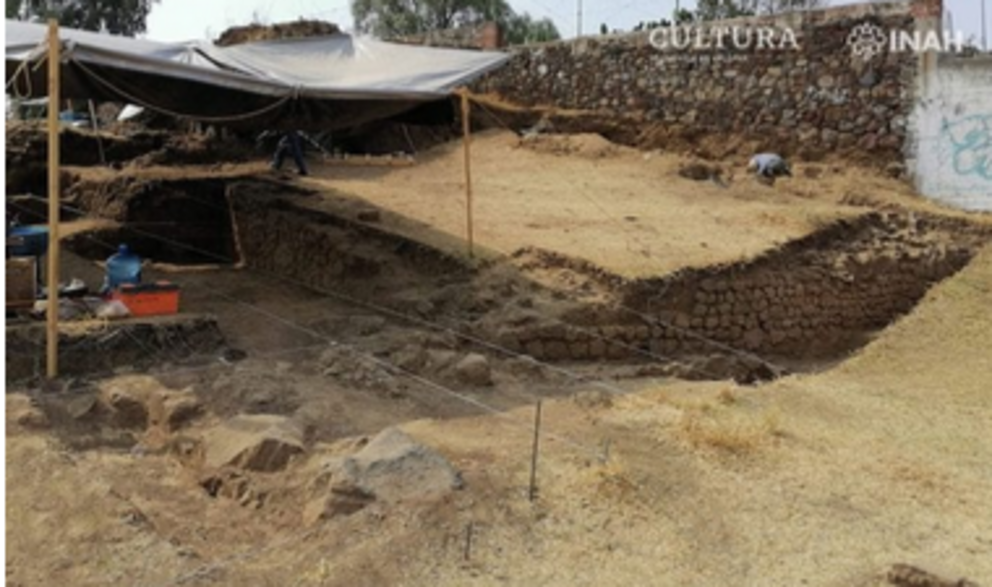 Archaeologists conducting research in the former altépetl of Tlacochcalco, located in the present-day town of Tlalmanalco, Mexico, have discovered the base of a pyramidal structure.Tlacochcalco was the main socio-political state of the Chalcayotl people within the league of Chalca, a confederation of states which included Tlalmanalco , Amaquemecan , Chimalhuacán, and Tenanco Texocpalco Tepopolla.They were conquered in AD 1465 by the Mexica (Aztecs) during the reign of Moctezuma Ilhuicamina and remained a tributary state to the Mexica until the arrival of the Spanish.The discovery was made during urban construction works, which revealed a structure buried beneath a mound consisting of an architectural body with three levels, that has a base measuring 12 by 18 metres, and about 9 metres high.Hervé Víctor Monterrosa Desruelles from the National Institute of Anthropology and History (INAH) explained that the structure is only a third of the volume of its original size, which originally measured around 35 metres by 45 metres, but has since been largely destroyed due to modern urban development.Archaeologist and architect Ricardo Arredondo Rojas said: “The structure represents two phases of occupation: the first from AD 1350 to 1465.” Rojas added that this phase of the structure “shows a clear Chalca influence,