by Matt Agorist, The Free Thought Project: In case you’ve been under a rock, you’ve likely seen the conflict escalating between Russia, Ukraine, the United States and other NATO allies. This conflict is not new and has been increasing since the Obama administration breathed fire into a coup d’état and helped to overthrow then Ukrainian […]

END_OF_DOCUMENT_TOKEN_TO_BE_REPLACED

from The Conservative Treehouse: And so it begins… An Ottawa Judge has denied bail for convoy organizer Tamara Lich citing the severe threat she poses to the Canadian government and the destabilization of democracy in Canada. From the 30,000-ft level, the timed delay of the judicial determination appears connected to last night’s parliamentary approval of the Emergency War […]

Canada has moved to make the asset freezing part of its Emergencies Act, which was used to target supporters of the Freedom Convoy protests, a permanent fixture. Wow, who saw that one coming? In order to stop what the Trudeau regime referred to as “illegal blockades,” the government threatened to freeze the bank accounts of […]

END_OF_DOCUMENT_TOKEN_TO_BE_REPLACED 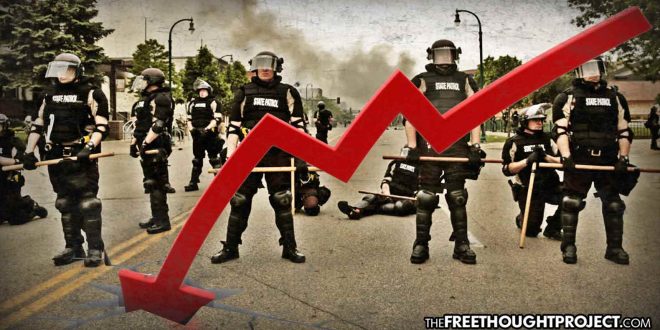 (TFTP) — New reports from across the country show that police departments are unable to keep their numbers up as fewer people are applying to be cops and record numbers of cops are seeking early retirement or simply quitting. There is a police recruitment crisis in America but this should not surprise anyone and can serve as a major opportunity, if we seize it. Though calls for police accountability have been becoming louder over the last few years, the movement sparked by the murder of George Floyd set off a powder keg which has led to historical reform from coast to coast. As a result of the push to be held accountable for their actions, cops are upset and are leaving the force in record numbers. According to a report out of New York, more than 5,300 NYPD uniformed officers retired or put in their papers to leave in 2020 — a 75 percent spike from the year before. A whopping 2,600 cops quit the job while another 2,746 officers filed for an early retirement. These number make up approximately 15% of the entire NYPD. The trend is continuing into 2021 as well. As FOX reports, through April 21 of this

(TMU) — Robert Fuller, a young black activist who has previously documented neo-nazi activity and housing discrimination, was found hanging from a