Biostatistician Dr Ricardo Delgado of the La Quinta Columna dissident research group from Spain joins Stew Peters to discuss the contents of the vaxxine vials. La Quinta Columna was the first group to report graphene oxide, which Dr Delgado says amplifies 5G signals within the body, from gigahertz to terahertz, which he thinks, in turn powers their self-assembly into the microchips, which are also found in the vaccine, over time. Dr Delgado says that vaccinated people therefore emit lots of radiation and that an aspect of the “shedding” phenomenon, whereby unvaccinated people are made ill in the presence of those who are vaccinated has to do with these high levels of radiation. He says that classic COVID symptoms match those described in the scientific literature as symptoms of radiation exposure. He does not believe the virus is real and notes that it has never been isolated from a human body. He believes COVID symptoms are largely a result of the new 5G signals that are starting to come online all over the world. These fields can sicken the unvaccinated but their effect on the vaccinated is to make them even sicker. Stew tells him about his recent bout with

END_OF_DOCUMENT_TOKEN_TO_BE_REPLACED

Ramola D of The Everyday Concerned Citizen is new to me and I love the way she presents information and puts things together. She has an update for us on the now FOUR different kinds of parasite that have been imaged in the Pfizer and Moderna vials. We’ve previously spoken about the findings of microscopy expert, Dr Robert Young, who published his images of the contents of the four publicly-available jabs using various methods, including Phase Contrast Microscopy, Transmission and Scanning Electron Microscopy and Energy-Dispersive X-Ray Spectroscopy. It was Dr Young who first reported to have found Trypanosoma cruzi in the vaccines. Ramola reads recent entries in the VAERS system that corroborate Dr Young’s findings. One tells of a woman who is a regular blood donor and that after her second vaccination, her blood donation tested positive for the Trypanosoma cruzi parasite, the same as what Dr Young found in the vaxx. These parasites are transmissible by blood and organ donation and they cause incurable Chagas disease. Luckily, donor organs and blood are now routinely screened for Chagas antibodies – and that’s how these were discovered. Myocarditis and fluid accumulation around the heart have been reported in many vaxxed people

END_OF_DOCUMENT_TOKEN_TO_BE_REPLACED 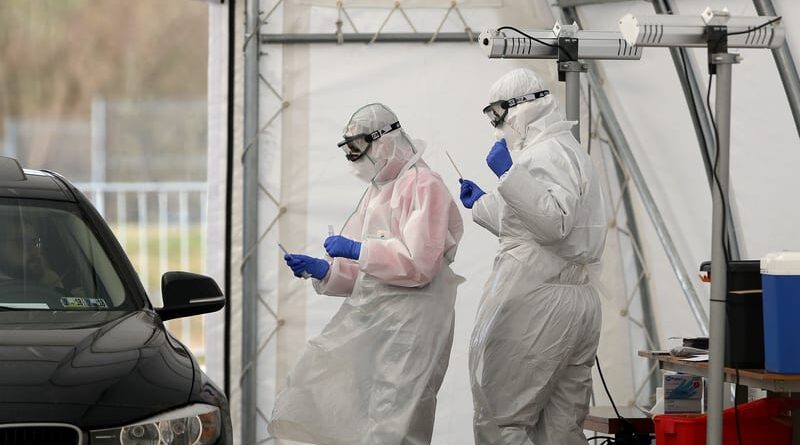 A recent April 2020 Rockefeller Foundation Paper lays out the next planned phase of Operation Coronavirus: plans to test and